Bad Local Transport Thought To Be Linked To Failing Schools

Recent research shows that there is a worrying correlation between weak local transport and failing secondary schools.

A significant number of secondary schools over the country, which have bad transport links, have recently shown substandard results in their OFSTED surveys . Sean Coughlan (from BBC News) quotes, “There is a striking overlap between places in England with slow public transport and places with struggling secondary schools, say researchers.” The research also shows that most of the deprived areas are in places “such as Norfolk and North-East England.”

In reports on academic underachievement the same cold-spots repeatedly recur – such as the “left behind” towns in the north west and north east, declining seaside towns in the south, or along the Norfolk coast.

There are places where deprivation and slow transport overlap, such as:

Great Yarmouth and Lowestoft in East Anglia, Clacton-on-Sea in Essex, Margate and the Isle of Sheppey in Kent, Fleetwood and Accrington in Lancashire. 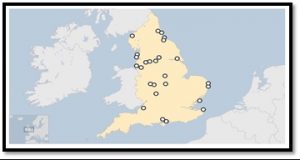 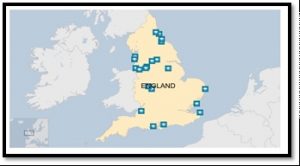 It is widely believed that weak transport links are caused by isolated schools being in ownership of less money. Because of this, they can’t afford a good transport system, such as school buses, and that leads onto lowering grades.

If the schools are more isolated then it would certainly take more time for the students to get there. If this becomes a regular occurrence, then the teachers would punish children on a regular basis as well, and this may end with weakened relationships and damaged trust with teachers, affecting students’ well-being. Unhappy students will inevitably lead to low grades.

By Ethan C and Dominic L