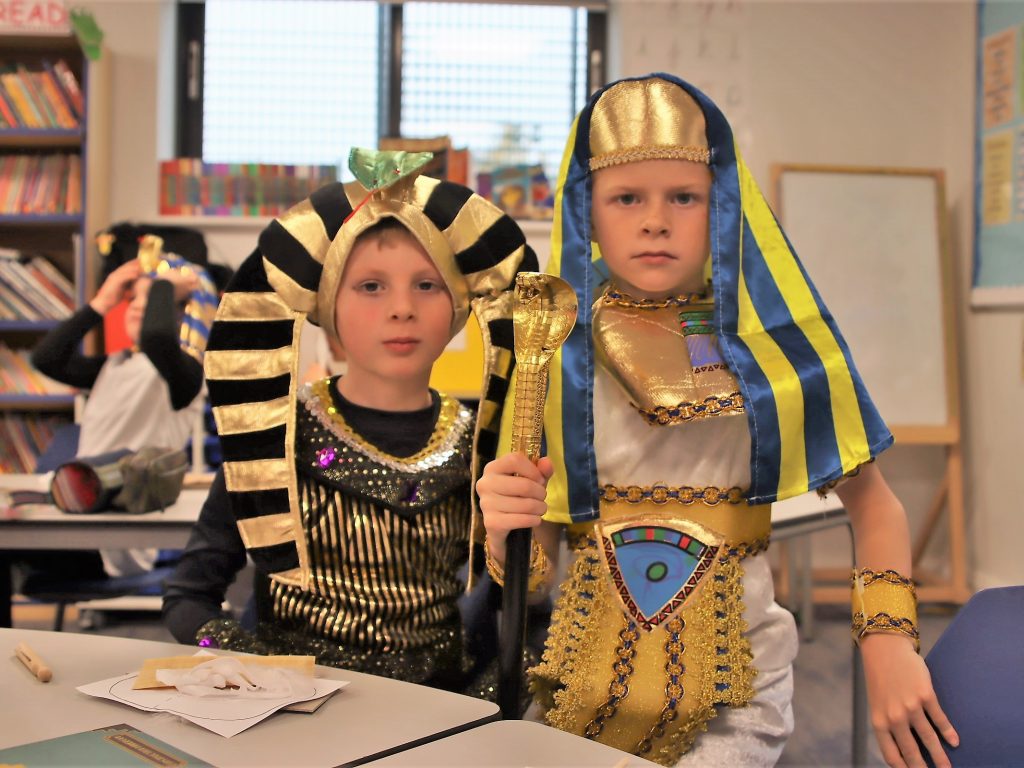 On Monday 15 November, Year 3 were transported to Ancient Egypt!

They dressed up in their best Egyptian outfits in preparation for their day of learning all about the Ancient Egyptians.

First up on their trip was ancient artifact making. They were tasked with molding their own clay Shabti dolls, which took a lot of careful precision and skill. They then went onto mummifying peg dolls, which involved gluing pegs, sprinkling with herbs and wrapping them tightly with bandages. In addition, they were given the chance to make their very own ostrich feather fans, which were once used to fan the Pharos to keep them cool in the hot Egyptian sun. The boys made these out of feathers, card and wooden sticks. The final item they were tasked with making was an engraving. They were given a beautiful piece of bronze and were asked to engrave an Egyptian print into it.

Following the creative session, they were lucky enough to have a visit from an Egyptologist! He spoke to the boys about Tutankhamun, the Pharos and highlighted lots of interesting facts about Ancient Egypt. The boys also got to see a real pair of Ancient Egyptian shoes, which had been worn by an Egyptian many, many years ago. It was an amazing experience for the boys to see and hear from such an expert.

To finish the day off, all our Year 3 classes played a special Egyptian version of ‘Who wants to be a Millionaire’. They were asked challenging questions about the topics they had learnt throughout the day. Questions included Tutankhamun, the Pyramids as well as life in the desert.

Our boys had a wonderful day and especially enjoyed seeing their teachers in costume.

“Today, I bandaged my body and became a mummy. We did lots of different activities, my favourite was engraving a picture on a piece of metal. Then we met an ancient Egyptian who answered our questions, it was really interesting. After that, we made a fan and wrote our names in hieroglyphics on a piece of papyrus.”

Thank you to all our Teachers who organised and led the Ancient Egyptian Day.

Take a look below to see our gallery of images. 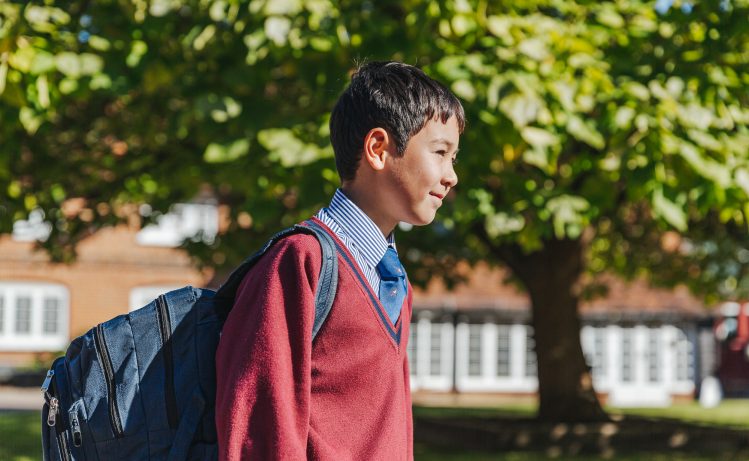 We are delighted to share with you our latest Independent Schools Inspectorate (ISI) Report 2022.