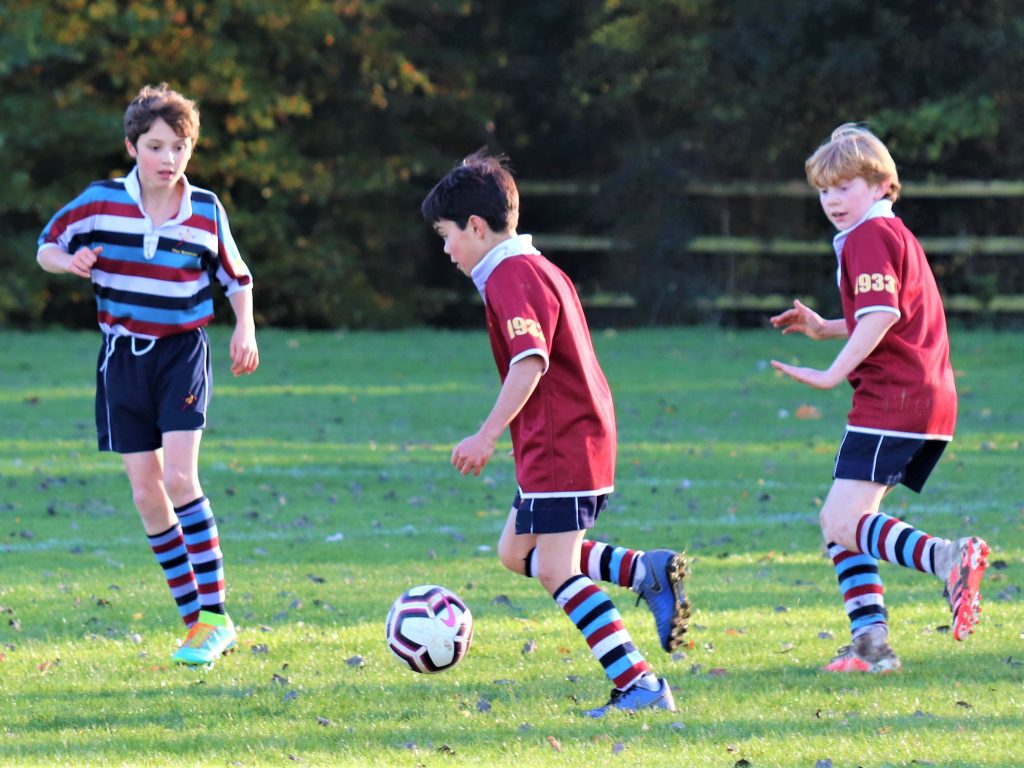 This week, boys from Years 3-8 have thoroughly enjoyed taking part in their inter-house and inter-year group football competitions. With no matches against other schools, the Sports department have done an excellent job ensuring that boys still have a ‘match day’ in their PE lessons. The added bonus of not having to travel to and from matches has meant that they have had more time to work on their skills and game play, which has seen huge improvements across all year groups!

The match reports are as follows:

On Wednesday 4 November 2020, everyone will remember the big global race between a red team and a blue team. It might have been on the other side of the Atlantic, but closer to home, we had our own dramatic contest between the reds and the blues.

On Willsfield, the Year 8 C’s and D’s got mixed up and played a classic match on Wednesday. The blues went full storm ahead, as the polls predicted, and gained a 3-0 lead by half time. However, the second half brought about a major comeback by the reds (nothing to do with postal votes or any other irregularities) and with the game finely balanced at 3-3, the last and final goal went to the red team and the ultimate comeback was completed.

Well done to all the boys for their efforts on the day.

With the inter-house and inter-year group competitions, it has been great to see boys of all abilities competing against each other. It gives you immense pleasure as a teacher to see how all the boys have improved.

The Year 6 Football teams have been playing at such a high standard and did themselves very proud this week. A special mention to Edward A, Charlie S and William T, who played outstandingly in a mixed-ability game on Willsfield yesterday. With the 11+ this week, it provided a nice release for the boys to play matches and get some fresh air on Willsfield.

All the boys played fantastically, their hard work has definitely paid off, well done!