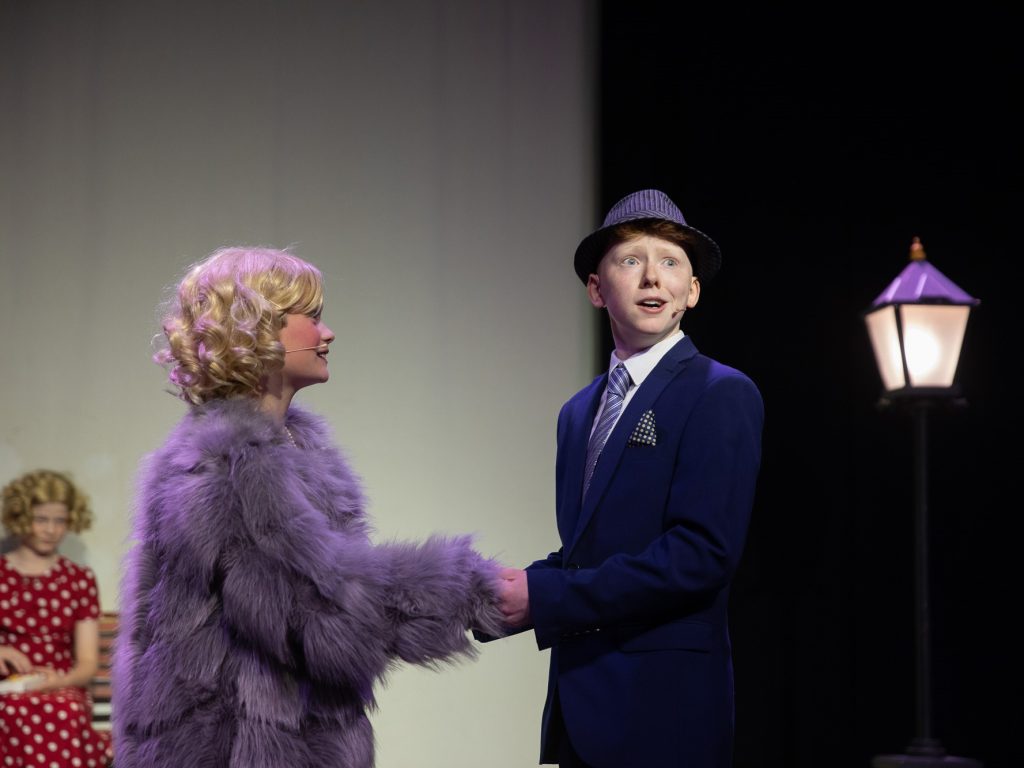 We were blown away by the Guys and Dolls Jr performances that took place last week. Our Year 7 & 8 boys outdid themselves during the show with their incredible acting skills and excellent singing! Both shows oozed professionalism, it was hard to believe the cast were only 11-13 years old! What a wonderful way to bring the whole Beacon Community back together.

The Performing Arts department have, once again, excelled in putting on another superb production, albeit facing the challenge of battling through various absences due to sickness. As they say, ‘The show must go on!’

The production team are now in their final preparations to travel up to Scotland to take part in The Edinburgh Festival Fringe which is taking place this August. If you haven’t already done so, click here to buy your tickets.

“I have been so proud of The Beacon Boys, they have been working tirelessly to perform this fantastic broadway production with such excellence. We are excited and honoured to showcase Guys and Dolls JR at The Edinburgh Festival Fringe in the Summer, where some of our Upper School boys with be joined by their younger and older siblings (former Beacon boys) in the production. Our 2018 production of Bugsy Malone was sold out at Edinburgh Fringe and reviewed five-stars. We hope to achieve the same with this production!” says Zenelle, Head of Performing Arts at The Beacon.

About Guys and Dolls Jr

Guys and Dolls Jr is an adaptation of the show considered by many to be the perfect musical comedy! Its namesake ran for 1,200 performances when it opened on Broadway in 1950 and won numerous Tony Awards, including Best Musical. Frank Loesser’s brassy, immortal score and witty book makes Guys and Dolls JR. a perennial crowd pleaser.

Set in Damon Runyon’s New York City, Guys and Dolls JR. follows gambler, Nathan Detroit, as he tries to find the cash to set up the biggest crap game in town while the authorities breathe down his neck; meanwhile, his girlfriend and nightclub performer, Adelaide, laments that they’ve been engaged for fourteen years without ever getting married. Nathan turns to fellow gambler, Sky Masterson, for the dough, but Sky ends up chasing the straight-laced missionary, Sarah Brown. Guys and Dolls JR. takes us from the heart of Times Square to the cafes of Havana, but everyone eventually ends up right where they belong.

Take a look below to see the gallery of images from the show.