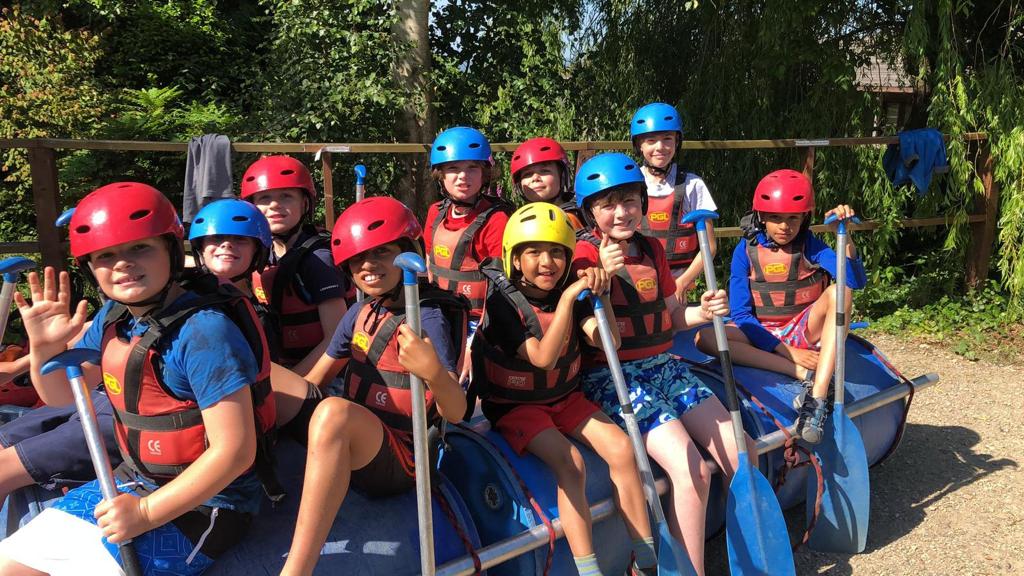 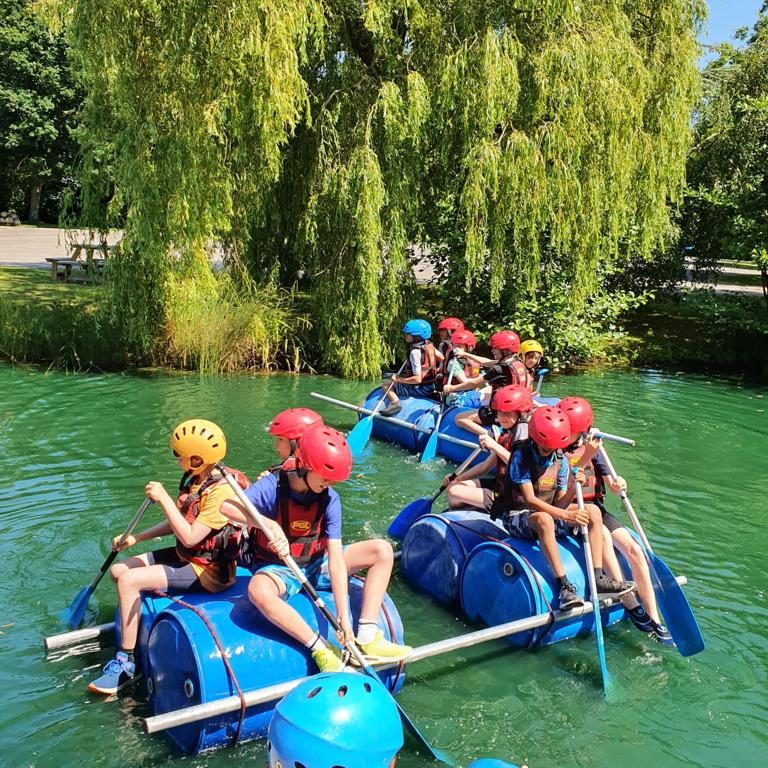 Our Year 5 boys had a fantastic time in the sunshine on their PGL trip to Windmill Hill this week! They took part in various outdoor activities including Wacky Races and the Giant Swing. The boys had a super time and we loved hearing about what they got up too.

On the first night, our boys enjoyed sitting around a campfire and singing lots of songs, they even entered into a sing off with another school!

The following day, the schedule of activities began! Our boys were split into groups and over the three days the boys took turns participating in each activity.

On Tuesday, our boys enjoyed an array of activities, starting off with the giant swing. The boys were put into groups of 2 or 3 to be strapped into a frame and hoisted into the air at a height, the boys then had to bravely pull the cord which sent them flying through the air. We saw some excellent facial expressions during the swing! Our boys also took part in ‘Wacky Races’ where they enjoyed getting competitive with their classmates.

Other activities included Raft Building, Orienteering, Capture the Flag and a Sensory Trail. Our boys were allowed to decide whether they wanted to build one big raft or two smaller ones, using barrels, rope and metal bars. The boys were then launched into the lake and the raft wars began! During their Orienteering mission, our boys were tasked with completing a series of challenges to locate points on a map. This was also a wonderful opportunity for them to get out and explore their surroundings. Our boys particularly loved playing ‘Capture the Flag’, which involved lots of running around on one of the playing fields at PGL. The Sensory trail was the last daytime activity for Tuesday. Our boys were set the challenge of navigating around a tricky course, whilst being blindfolded.

Tuesday evening brought the ‘Passport to the World’ game. In small groups our boys had to run around the site and find flags, and then answer three questions about the flag country.

Wednesday was a quieter day for the boys, as they took part in their final two activities. They enjoyed ‘Jacobs Ladder’ and ‘Snap Shot’. During ‘Jacobs Ladder’, three boys had to try and climb up a huge ladder that was hanging from a large frame, whereby the rungs got further apart at they got higher up! ‘Snap Shot’ involved testing the boys’ knowledge on how well they could remember the site. Small groups were given a close up picture of somewhere on the site and they had to find the location and answer a few questions related to that location.

I think it’s safe to say the boys were well and truly exhausted by the time they returned to school. Everyone had a fabulous time and are very much looking forward to their next trip. A big thank you to all the Teachers who organised the trip and looked after the boys.

Take a look below at our gallery of images.