The Beacon Musician of the Year 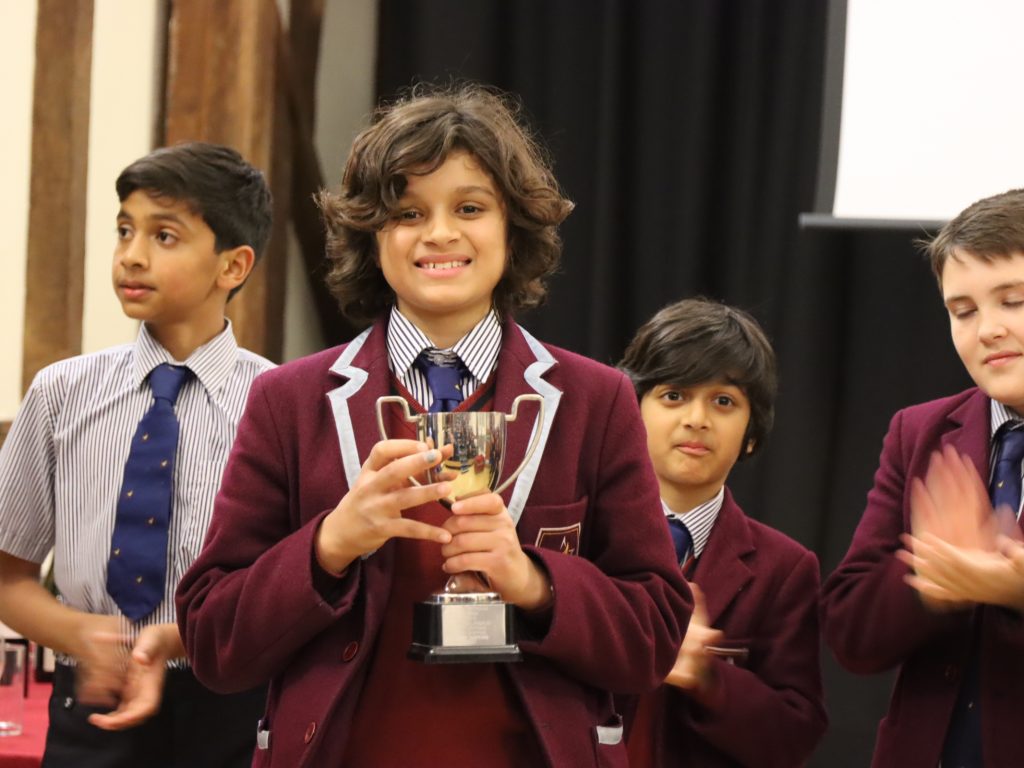 On Tuesday 10 May, we were delighted to once again be able to host The Beacon Musician of the Year at The Beacon.

Our boys in Years 6-8, who are grade 4 and above in their instrument, were invited to audition for the chance to take part in the final of the competition. The boys shone in their auditions and it really highlighted the breadth of outstanding talent we have at our school. After some very hard decision-making, the boys were whittled down to 9 finalists.

In Year 6, we saw Byron H play excellently on his violin, Henry O excelled with his flute and saxophone playing, Viktor S sang two wonderful songs and Arjan T blew us away with his trumpet playing.

In Year 7, Milan A played the piano eloquently with confidence, Romir sang beautifully whilst playing the piano and Theo T showed us an array of talent with his French horn and excellent Cello playing.

Finally, Year 8 consisted of Edward B playing the saxophone and Maxi J playing the piano with perfection.

Our new Head of Music, Dr Gavin Lockley, took to the judging table and scored the boys on performance, technique and musicality.

A huge well done to all the boys who reached the final, you really showed off your amazing talent, impressing the audience!

Congratulations to Milan A who came first, Romir who placed second, and Viktor and Byron who both received commendations for their performances.

Take a look below to see their outstanding performances.