Why are People Protesting about Trees? 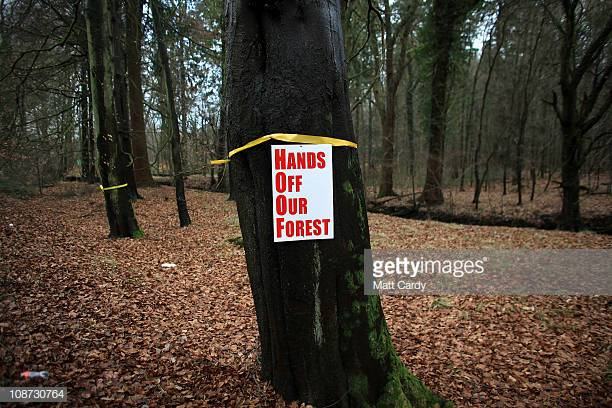 On the January 14 2020, members of Extinction Rebellion protested against two 150-year-old trees that were going to be chopped down. Over 100 protesters and some workers met outside Suffolk House in Canton, Cardiff.

Some Extinction Rebellion campaigners chained themselves to the trees, but they were later lifted down.

A 49-year-old man was arrested on suspicion of ‘aggravated trespass’. South Wales police said on Monday morning that he remained in custody.

Quin and Co (the company wanting to cut the trees down) said that they were a “imminent danger to life”. The firm is planning to build 7 three-bedroom townhouses and 10 apartments.

The Cardiff wing of Extinction Rebellion said that the trees were “part of Canton’s history”.

Despite the protests, the trees were cut down on the 8th of March.

This, however, is not the only protest protecting trees. 80 campaigners opposed a tourist campsite in Ham Woods in Llantwit Major in May 2019. In July, protesters in Sheffield saved almost 200 trees from being cut down. A survey in Sheffield out of 309 street trees found that 191 could be retained on a longer-term basis.  Last month in St Paul’s Bristol, residents and green activists maintained a 24-hour Vigil (peaceful protest) in an attempt to protect a line of Norway maple trees.

In Great Missenden, people have climbed trees to stop them being cut down in preparation for HS2. One protester, Alan Woodward, said they would continue to campaign “for as long as it takes” to stop the works from going ahead, which could take up to nineteen weeks. It is of great inconvenience to the local residence, as they are stopped from freely travelling to the places they want to go.

People climbing into trees stop workers from chopping them down, as they would hurt someone in doing so. People should respect trees more, as they have been around for hundreds of years, and gives oxygen that we need to survive. We only beginning to understand the consequences of chopping them down. So, deforestation and cutting down trees is not how we should be battling climate change, we should protect them.

By Leon R and Dillon H