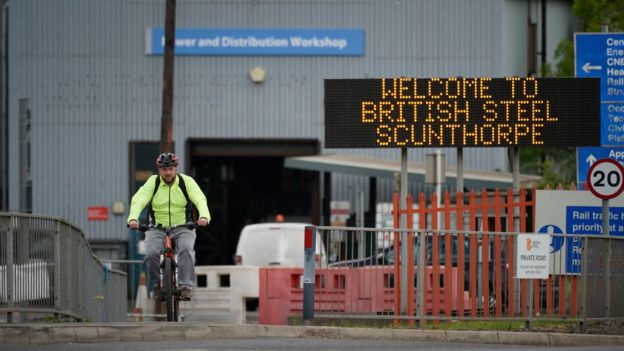 The Chinese Steel Group Jingye Steel have bought British Steel for £50m. This deal does not include British Steels French plants. The deal is expected to save over 3000 jobs. Jingye Steel says they will be investing £1.2b in British Steel in the next 10 years. They will use this money to upgrade their Plants and Machinery. 450 Workers still face losing their jobs as they are considered surplus to requirements.

British Steel went in decline after other countries and companies, such as TATA Steel, began finding alternative and cheaper ways to manufacture steel. High Uk energy bills had a part to play in British Steels decline. Many environmentally aware people are not buying Steel Because on average 1.9 tons of CO2 are emitted for every ton of steel, This has played a huge part in the decline of British Steel.

CEO of Jingye Steel, Li Hiuming said “It has not been an easy journey since we first announced our intentions in November. But the longer I have spent in Scunthorpe, the more I have come to believe in the successful future of these steelworks and the employees that have made them famous throughout the world.”

It is obvious that Jingye steel has big intentions for British Steel in the coming future.

There has been a major decline in jobs in the British Steel industry, with around 350,000 jobs in 1967 and in 2016 there were only 3000. This is because of the automation of the manufacturing and the failing industry as a whole. This deal is expected to save around 3300 jobs, this will be a major deal as British Steel employs 5000 people with 3000 in Scunthorpe which is the biggest plant for British Steel.

There was however some controversy over whether the deal would go ahead after the Coronavirus controversy in China. Jingye officials have reassured the people that the deal will work out after the government advised against all travel to China except essential travelling.