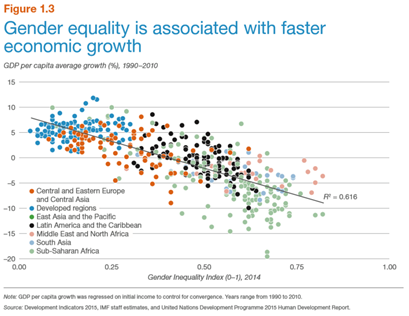 International Women’s Day (IWD) is dedicated to celebrating women’s achievements in the social, economic, cultural, and political spheres. The day, collectively founded by women, also brings attention to gender parity and women’s rights. It’s also an important tool for policymakers striving towards gender equality. Women’s Day is celebrated on 8th March every year around the world. It is a focal point in the movement for women’s rights. Although now it’s turning into sexism against them. There are still inequalities between the sexes – for example in fundraising organisations women get paid LESS than men in senior roles. International women’s day will help to change this as it promotes the power of women in the community and the workplace.

Some men were asking for a Men’s day so the 19th of November men has been commemorated as International Men’s Day (IMD). Men are more likely to go to prison, be homeless or commit suicide. Men think that it makes sense to have a day for men to recognize and solve the problems men face and sensitize men to the ill effects of gender stereotypes.

However, this is not a utopian idea, and even on a day highlighting and empowering women, sexist acts are still occurring. Some argue that even the idea of Women’s Day is an example of modern sexism. Others argue that the empowerment is empty, with meaningless hashtags and empowering phrases.

Women’s day is also transforming into a haven for evil and inherent capitalism. With endless merchandise and ‘charity funds’, Women’s’ Day has become the opposite of ‘equality.’ This inequality has been proven to slow economic growth, which is the opposite of what most people want, especially those wishing to make money.

However, in some countries, International Women’s’ Day only emphasizes the gender stereotypes that it aims to break down. For instance, in Russia, a country widely perceived as sexist, the Prime Minister of Russia, Vladimir Putin, has held an armed forces ‘beauty contest’ who have been attacked as sexist and ‘ridiculous and absurd’ beauty contests, according to Daily Mail. The pictures first appeared on Russian site East2West news. The women were forced to wear makeup, including designs on their faces displaying the Russian Flag and the famous Russian Eagle. Russia has transitioned to old patriarchal morals, from the values stated in the USSR Constitution, which guaranteed equality for Women. Now only 16% of their Parliament is occupied by women.

Back in the UK, online algorithms are biased. They control what you can see and do, but women are more likely to be blocked then men. Women also receive lower credit scores than men. This shows even the online world is not safe from sexism – partly because more men are employed than women in the IT sector.

In conclusion, nowhere and no-one is safe from sexism, including efforts to fight it.

By Donnacha D and Jamie P